How to Raise the Dead, a conversation with Robby Dawkins 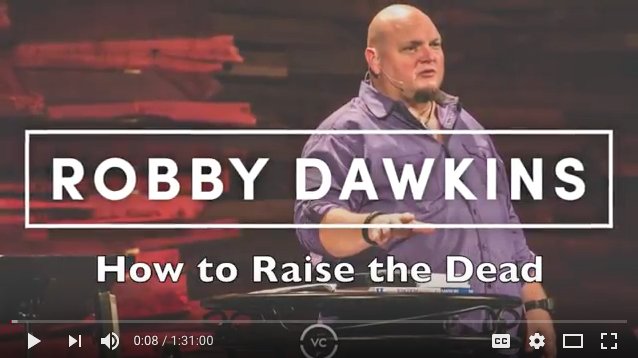 I had the privilege of interviewing Robby Dawkins with my cohost and good friend Michael Basham. We aimed high and talked about how we as believers in the Lord Jesus are authorized to raise the dead. Robby shares stories of how the Lord has used him to bring words of knowledge to introduce Jesus to head of Communism in Siberia, how the Lord spared his life as he was held at gunpoint in a Muslim country, and how he raised a man from the dead in England.

Your faith will be activated as you listen to these stories and become acquainted with what the Bible says about the authority we have in our intimate union with the Lord Jesus. Authority to live like Jesus and do what he did and transform the world.

Jesus said to his disciples:

“Go and announce to them that the Kingdom of Heaven is near. Heal the sick, raise the dead, cure those with leprosy, and cast out demons. Give as freely as you have received!” Matthew 10:7-8 NLT

“I tell you the truth, anyone who believes in me will do the same works I have done, and even greater works, because I am going to be with the Father.”

Do we believe him?

Some do believe him and are operating in partnership with Holy Spirit under the authority (the authorization) of the Lord Jesus and our loving heavenly Papa to Do What Jesus Did – which just so happens to be the title of Robby Dawkins book. He has another book that just came out called “Do Greater Things“.

I can tell you these are a solid investment in your spiritual life and a great way to support Robby’s ministry of expanding the Kingdom of God.

Here is a link to our album Reflect Love: https://reflect.bandcamp.com/album/reflect-love-2

One thought on “How to Raise the Dead, a conversation with Robby Dawkins”