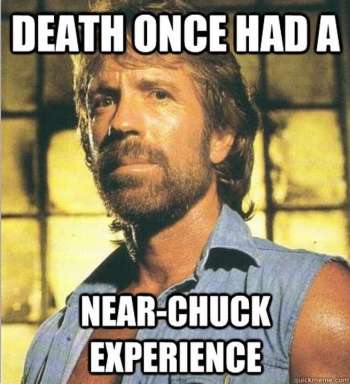 He said exactly what I hoped he would. First of all he said that the Bible says that love believes all things, so it is the loving thing to accept the testimony of people’s experience. Then we must pray for discernment, asking the Lord what He thinks of the testimony.

He then went on to say that his primary concern was for those who have never read the Bible or ever will they would take what NDE people say as Gospel… New Age gospel.

This too has been my main concern. Anything that minimizes or rejects or redefines Jesus is certainly satanic, right? (I wrote a blog called Is the New Age Satanic, Really?)

I have noticed from my extensive research into NDE’s that, to some, the testimonies of NDEers has practically become its own religion. Some (and even a small minority of experiencers) think that somehow NDE testimonies discredit the Bible or Jesus.

It reminded me of a story I heard about the first man in space, the Russian cosmonaut Yuri Gagarin, who was purported by Soviet leaders to have said, “I went up to space, but I didn’t encounter God.” (The crazy thing is that,according to this source, Yuri was a believer in God and never said any such thing. )

My point is this: our worldview doesn’t change just because we had a supernatural experience.

In the same way, many of those NDEers who haven’t yet discovered the Joy who is Jesus, misinterpret their own experience and go astray. A few may have been shown a deception by the father of lies who “appears as an angel of light” just like the Bible says. Who knows, the enemy himself might just tell you he is Jesus Christ. If his words don’t match that of Scripture, the revealed word of God, then it is a lie and deception.

However, I am always saddened when I came across stories of when a Near Death Experiencer was rejected by the clergy (those who are “supposed to” represent God) and simply told there experiences were from Satan and a deception… when they were not. I would argue that most experiences are genuine. God is not into deceiving anyone and he is the One in charge. Other experiencers found little to no support for them in the church and so they turned elsewhere. As strange as this may sound to some, I have witnessed first hand how the established church is the last place to be open to the supernatural. While this is sad, we cannot be led astray by those claiming some special knowledge from the other side that conflicts with God’s Word. Souls hang in the balance and the Word of God reminds us to stay on the safe path.

I have written about Near Death Experiences before and would encourage you to read these blogs:

What to Make of Near Death Experiences?

What to Make of Near Death Experiences – Part 2

Finally I have compiled a playlist of some of the most encouraging and amazing NDE accounts from believers here: