What I learned from Ant and Pig

I started reading Scary Close, the latest book by Donald Miller. It’s a book about the need for intimacy and the need for vulnerability to achieve said intimacy in relationships. He talks about dating his now wife and meeting a friend of hers that was “difficult”. He said to her something like, “Well I’d just as soon never hang out with that person again.”

The look she gave him made him think that he just destroyed their relationship.

Fortunately for him, the look meant that what he had suggested was unfathomable. She would never give up on a relationship no matter how difficult the person was.

Wow. This reminded me of an ordeal in my own life awhile ago.

I have a Christian friend who I thought was going to be a spiritual buddy with whom I could talk with about Christ and pursue a relationship with Jesus together. Sadly, this was not the case. He bristled at reading of the Bible and was chasing sin instead of Christ. (How often that has described me!)

That night I came home and my kids were watching a few shows. One of which was Word World which we picked up for them at the library (great educational show for kids by the way!) In this particular episode there was a rift between Ant and Pig.

They stopped speaking to each other over a grievance and then, by the end of the show realized that they couldn’t let this stand in the way of their friendship anymore. They forgave and reconciled and were best friends once more.

Then my kids watched another show that night – Veggie Tales. Bob and Larry were part of a succesful band that broke up because of Larry’s big ego. Bob had been so hurt and held a grudge for 20 or more years. Larry tried to get the band together again for a reunion concert and Bob would have none of it. Finally though, he came around. There was this line in the show, “So after all these years of pain and suffering at his betrayal, you are willing to just let it go and forgive? Just like that?” “Yep.” Best friends once again.

Amazing what forgiveness can do right?

And then, by “sheer coincidence” of course, I put my Ellie to bed and what book should she want me to read to her but a story we got from the library about a famous playwright and his musician friend who worked together for years but then got into a feud and parted ways with each other who, by the end, learned to forgive and work together again.

“God, are you speaking to me?”

This totally reminds me of when Bruce from the movie Bruce Almighty asks God for a sign and a slow big truck pulls out in front of him packed full of street signs. “What’s this joker doing? Get out out of my way!” Bruce yells.

Well needless to say, I didn’t give up on my friend after all of that. And I’m glad I didn’t.

Is there someone you are tempted to give up on? I assure you it is a test. Will you choose to stick with and love and forgive the difficult people? What you choose to do defines you.

p.s. It just dawned on me that I am that difficult friend you have been tempted to give up on. 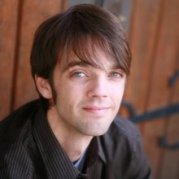